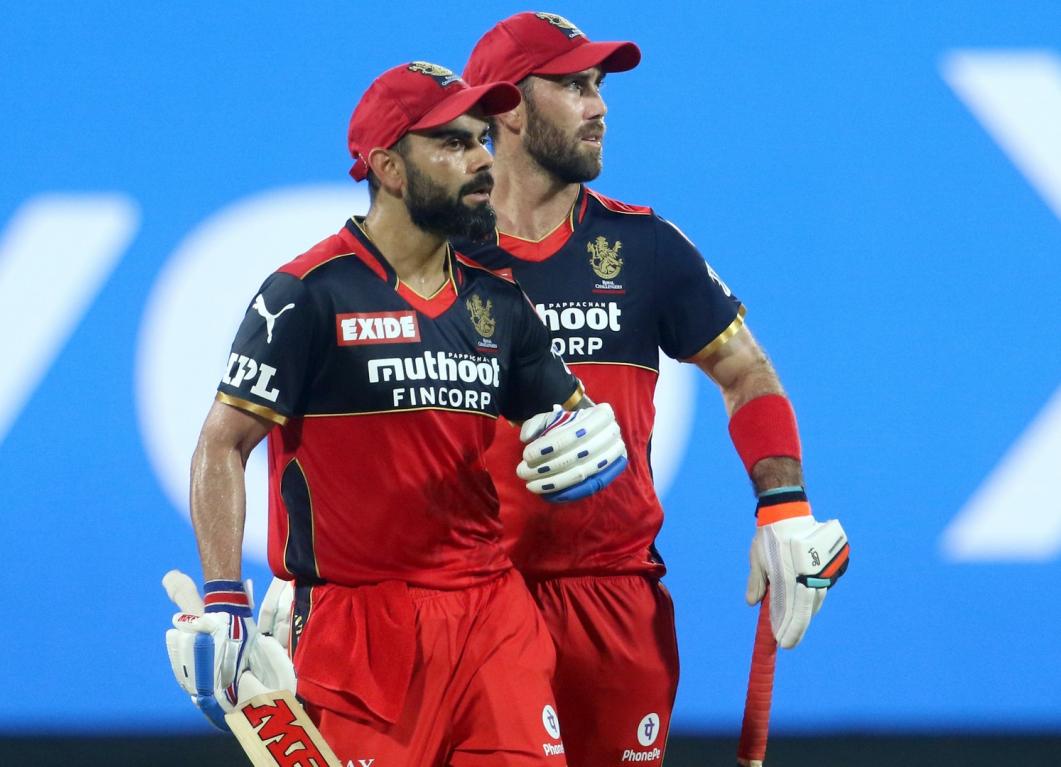 As the much-anticipated retention extravaganza came to an end last night, it gave birth to further speculations that the world would now be reeling in. Royal Challengers Bangalore retained their former skipper, Virat Kohli as the first player, Australian all-rounder, Glenn Maxwell as the second player while the final retention was the rising Indian sensation, Mohammed Siraj.

All three players were highly instrumental in helping the Challengers forge a sublime run in the last couple of editions. Kohli has been the pennant-bearer of excellence for the Challengers ever since his incorporation in the squad where he exuded brilliance effortlessly.

When RCB spent a staggering sum on Maxwell in the preceding mini-auction, it was pretty startling for the fans as they still couldn’t gauge the concept of bringing in someone at such a hefty price who was nothing short of a fiasco in the preceding edition of the tournament. Yet, the management knew what they were doing and the move paid handsome dividends.

Mohammed Siraj showed initial signs of promise with his raw pace but struggled to maintain the momentum. However, the express bowler managed to regain his storm as IPL 2020 kicked off. With Navdeep Saini drifting in and out of promise, Kohli and company resorted to Siraj to deliver them out of the death-overs conundrum. The reverse-swing expert brought out the best in him and kissed unprecedented heights.

In this story, we will quickly take a look at the moments of reckoning in the RCB colours for these three players whom the Challengers were happy to bring back for the upcoming domestic extravaganza.

Virat Kohli – the Captain who denied the rising Sun

Even though Virat was already plying his trade for the Challengers ever since the franchise’s inception, he was handed over the captain’s armband in 2013. The Challengers had a rollicking start to the tournament as Chris Gayle rained boundaries upon the Mumbai Indians.

The following match saw Bangalore going down to the Sunrisers by 5 runs in the super over after a thrilling battle in the stipulated 40 overs. Thankfully for the Challengers, they got a shot at redemption in less than two days as the Orange Army was touring Bangalore for the return-leg fixture. Hyderabad rode on the heroic exploits of Cameron White and Thisara Perera to post a fine total of 161.

Despite Mayank Agarwal blasting a few substantial strikes, RCB couldn’t really get off to the flyer that they were expecting to. With the Challengers teetering at 47 for the loss of 2, the onus of ushering Bangalore home fell on Kohli and ABD. Kohli clarified his intention as he pummeled Thisara Perera through the covers.

After a brief period of calm, Kohli pressed the gas button and smoked Perera to the stands, steering the ball over deep mid-wicket. This was just the beginning of the supernova without the blazing spectacle of the light that the Sunrisers were about to witness. With every passing delivery, Kohli seemed a lot more belligerent and confident.

The shot that left the onlookers mesmerized was when Kohli pranced down the pitch in the 16th over and thwacked Amit Mishra into the gallery right above the bowler’s head. He finished the match with an outrageous squeeze through extra-cover that saw him flipping Ishant’s yorker to the ropes to win the game for Challengers. He stayed unbeaten on 93 from 47 deliveries and that was the call of arrival for the new Bangalore king.

Glenn Maxwell’s blitzkrieg is not new to cricket fans and in 2014, he proved to the world that if he gets going, what is the gentry of carnage that the world can expect. When Maxwell couldn’t rack up a solitary six in 2020 for the Punjab Kings, a thousand questions rained upon the Australian hard-hitting all-rounder about his credibility.

For Royal Challengers Bangalore, this was his first rodeo and he came out in blazing colours. The game that saw him blasting out an absolute onslaught was against the Kolkata Knight Riders where he pranced, swivelled and pirouetted his way through a sequence of hapless Knights who could only secure the first-row seat to destruction.

All it took Maxwell to settle down was just the opening delivery post which he came ablaze in his signature seraphic avatar where he slapped Shakib-Al-Hasan through the backward cover and the cover point. The Bangladeshi all-rounder did the criminal error of bowling to him in the hitting arc of Maxwell in the following over and the latter peppered him over the midwicket.

There was further misery for Shakib in the same over as Maxwell tricked him into bowling on the off-stump as he stood on the leg stump and swept him over the point fielder for a screaming boundary. The onslaught for Maxy continued and the Knights could only see themselves being tossed to all corners of the park.

Maxwell got out for a fine 78 from 49 balls that starred 9 fours and 3 sixes. This match also stayed witness to another outrageous foray from ABD who razed past the mighty Knights with his own brand of destruction.

Despite playing only 6 games in IPL 2017 for the Sunrisers, the fact that he claimed 10 wickets which included a four-fer display was sufficient enough for the suitors to swarm around him in the 2018 mega-auctions. Royal Challengers Bangalore outraced three other franchises to bring home this raw Indian talent. From a base price of Rs 20 lakh, he kissed an overwhelming figure of Rs 2.6 crore.

In a contest against the Sunrisers, RCB savoured early success as Tim Southee struck gold. However, post the departure of Alex Hales, the Sunrisers slowly started clawing back to the contest as Williamson and Dhawan seemed in decent touch. It was in the sixth over where Siraj finally managed to reel them back in with a slow and length delivery that was completely misjudged by Dhawan, who ended up holing out to Tim Southee.

Siraj came back to hunt the Sunrisers in the death overs as he removed a dangerous Yusuf Pathan with an absolute jaffa. Siraj belted out a barreling bullet that razed through the defences of Yusuf Pathan to kiss timbre. In the same over, he got rid of Wriddhimaan Saha as his pace made a fool out of the Indian wicket-keeping batsman.

Hurtling at 146 clicks, the ball whizzed past a desperate Saha swinging his bat frenetically and hurled onto the stumps to take a bite of the one in the middle. Even though Siraj’s heroics helped the Challengers restrict Hyderabad to a modest 146, yet the batters fell short of the stipulated target as Siraj’s special occasion could not be relished. 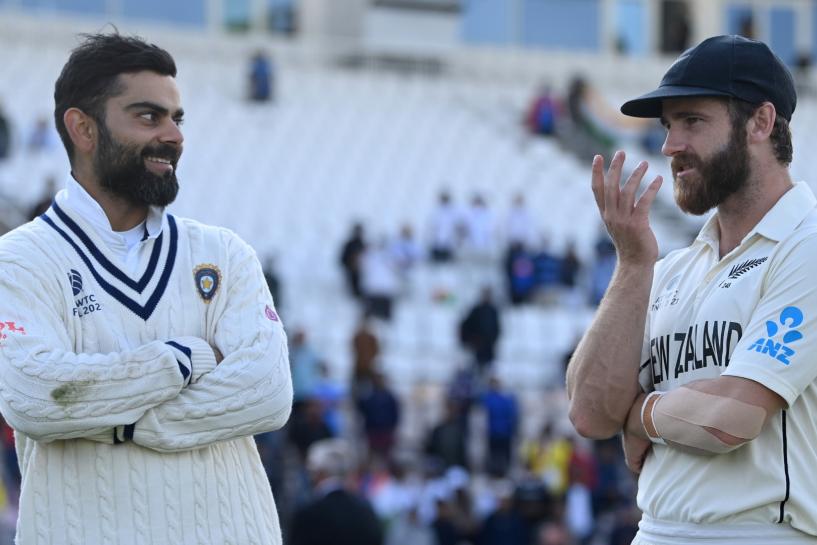 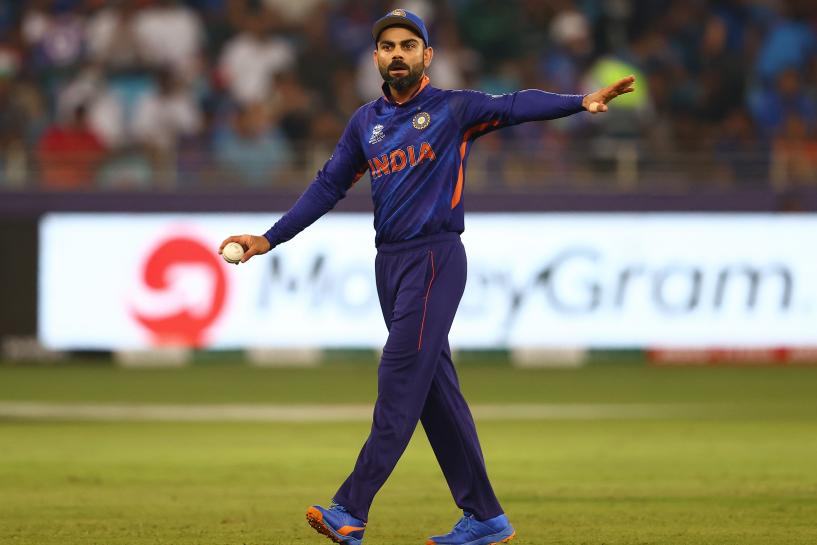 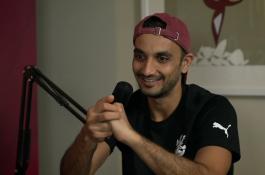 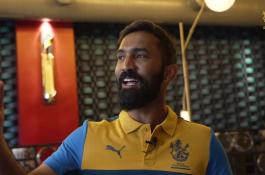